Coach Jim Fenerty’s Germantown Academy runnerup squad was paced by junior guard Cameron Ayers 20 points and 6’6″ center Jeff Holton’s 16. Both players were a perfect 6 for 6 from the free throw line. Senior guard Jimmy Fenerty chipped in with 9 markers. The Patriot’s would go on to complete another fine season by winning their 3rd consecutive Inter-Ac championship.

In the 2008 consolation game District 1 powerhouse Lower Merion got all they could handle before staging a dramatic comeback and edging the Souderton Indians by a score of 69-67. Coach Perrry Engard’s Indians were winning 55-48 after 3 periods. Greg Downer’s Aces came on with a flurry of 3 pointers and outscored Souderton 21-12 in the final stanza. In this game the big scorers came out to play. 3 point shots were flowing like rainbows. Lower Merion’s star player 6’5″ Greg Robbins tossed in 30 points. Teamate Alon Seltzer hit five 3 pointers and scored 27 points. Souderton’s Jim Connolly scorched the nets for 28 points.

With so many top high school players in this years tournament, it appeared that (Norristown grad) Ken Coull’s 32 point individual scoring record (set back in 1987) was in jeopardy. However, it will stand for a least another year. 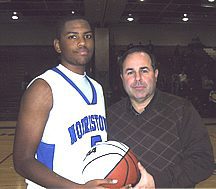 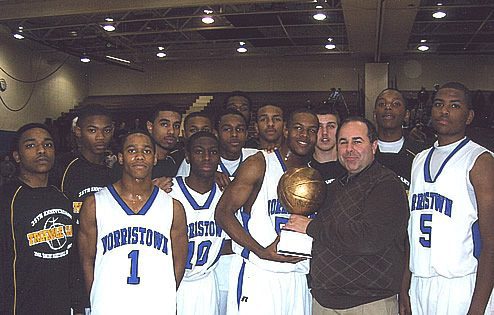